About Office of the President Laura Freid Media

Downeast Magazine: Where the Buffs Roam

We asked 10 art-world luminaries to share the under-the-radar places where they find great Maine art.

Discovering art in such unexpected nooks is “part of what makes Maine so special,” says Paul Sacaridiz, executive director of Deer Isle’s Haystack Mountain School of Crafts. “People are intentionally creating spaces to show art in the communities, and artists don’t have to rely on one particular museum or art dealer to gain exposure.”

So where do the pro aesthetes go to discover the undiscovered?

We asked for directions to a few of their favorite spots, from small-town cafes and urban hotels to a former industrial laundromat to a boutique that mounts canvases right alongside locally-made taxidermy. 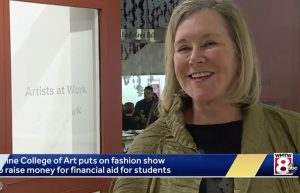 "From the classroom, to the catwalk. Students at the Maine College of Art put in a fashion show for a cause. Graduating seniors designed and created the looks.

Money raised from the ticket sales of tonight's show go to financial aid for future students. According to MECA every student who studies there, gets some form of financial aid through the college." 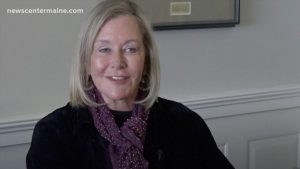 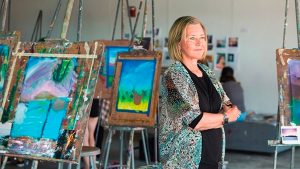 "At the time of her appointment, Freid cited MECA and Portland as "an exciting American center for the arts, culture and entrepreneurship." A year in, Mainebiz caught up with Freid to learn more about her vision of art and entrepreneurship and how that's playing out under her tenure." 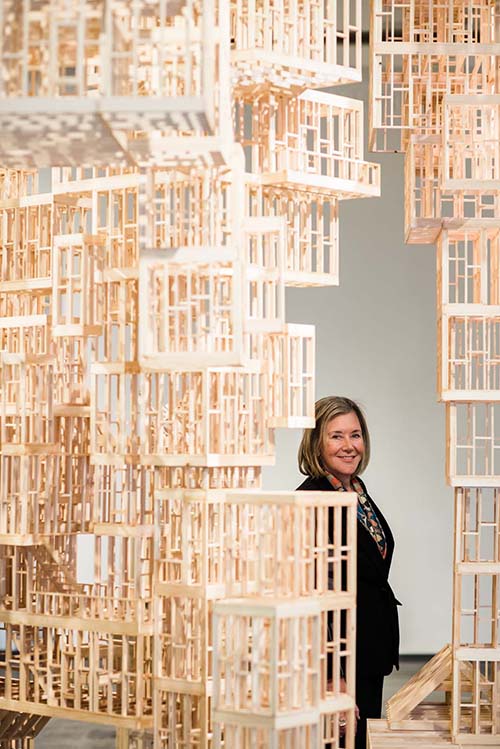 Continue reading the feature on The Maine Magazine.

"Freid said she feels fortunate to be leading the college at a time when Portland is “just realizing its true potential.” Design is also becoming more and more integral to everyday life. “I think design is everything. We’re living in a world that’s becoming increasingly visual. Everything we do, even conversations we’re having, is based on how we see things,” Freid says. Freid says about half of MECA’s graduates start their own businesses in Maine or bring their creative skills to local employers.

“Whether students are at MECA for four years in the bachelor of fine arts program or for four weeks in a continuing studies class,” she says, “MECA prepares our students to be part of the new innovation economy in Maine.” 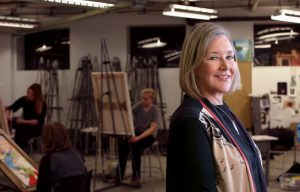 "Laura Freid has a resume peppered with Ivy League schools that led to a globe-trotting job with a world-famous musician, which she left to become the newest president of Maine College of Art.

"'I wanted to do something in my career that could really help artists stay artists their whole life,'" she said.

Freid became MECA president this past July, leaving a 12-year partnership with the cellist Yo-Yo Ma and their collaboration, the Silk Road Project. He was the public face of the global cultural arts organization, while Freid served as CEO and executive director. Before that, she worked as chief communications officer at Harvard University and as an executive vice president at Brown University. 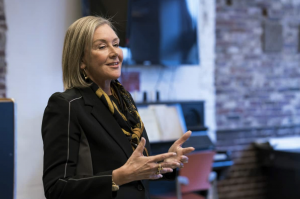 "Named president in the spring of 2017, the journalist, creative entrepreneur, and world traveler Laura Freid is in her first full semester at the helm of Portland’s Maine College of Art, the state’s sole accredited visual arts institution. The former publisher of Harvard Magazine, who last year ended a 12-year run as CEO of Yo-Yo Ma’s Silkroad project where she traveled for 4,280 days with a troupe of 30 classical musicians, artists, and production staff performing through the U.S., Europe, and Asia, Freid has lived a lot of lives." 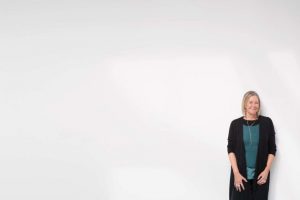 Continue reading on OldPort.com.
View the entire article by PDF.

On the first day of fall classes at the Maine College of Art (MECA) in Portland, the hallways of the Porteous building on Congress Street are thrumming with energy. There’s a fresh sense of promise and possibility at every school on the first day of a new academic year, but at MECA, it seems multiplied. The new college president, Dr. Laura Freid, has just returned from a trip to Peaks Island in Casco Bay with about a hundred new students. They are beginning work on bachelor of fine arts degrees in 11 majors, including textile and fashion design—the only program of its kind in the country—and digital media, in addition to more traditional art-school disciplines such as painting, printmaking, and sculpture." 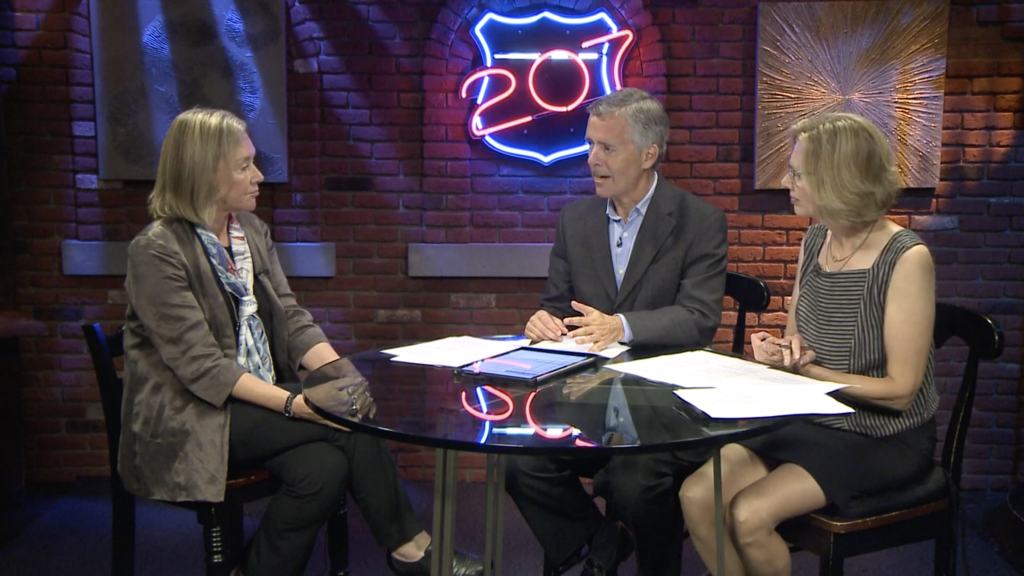 Watch the entire video on WCSH6.

The hosts from WCSH6’s local ‘207’ program sat down recently with MECA's new President, Laura Freid, for an interview about MECA and her first few weeks on the job. During the program, Laura spoke about her own core values and how they are reflected within MECA’s mission statement, the importance of artists to contemporary society, and their influence on modern culture, as well as citing a few of her favorite spots within MECA's flagship Porteous Building.

"Educating the next generation of artists is the most important thing we can do. Because art has a central role in our lives — it has one of the most profound roles I can think of — art gives us meaning. Sometimes we forget that when we’re running around, we’re doing things that life requires, but in the end, when we sit down and pause — we think about what gave me meaning — that music I heard, that book I read, this piece of art." — President Laura Freid

MECA held Convocation, a formal welcoming of all new and first-year BFA students by faculty. President Laura Freid opened up Convocation remarks with advice to students; faculty soon followed with advice of their own.