Brothers, Some Good Times, and The Last Huraa, Marty Reynolds '17

Current MECA&D Painting senior Marty Reynolds was introduced to graffiti in the sixth grade, which kept his attention all through high school. During those years, he learned a lot about process, working large scale, and most importantly, how to be self-disciplined and passionate about what he’s doing. Although he experimented with oil paint in high school, it was not until the spring semester of his sophomore year at MECA&D that Marty enrolled in Philip Brou’s Figure Painting class and got hooked on the medium. Learning as much as he can about the human figure and oil paint is one of his ultimate goals. He’s extremely excited and curious about where his painting practice will take him next and the paintings in this exhibit represent the starting point to where his work is at now and where he thinks it is heading.

All photography by Kyle Dubay 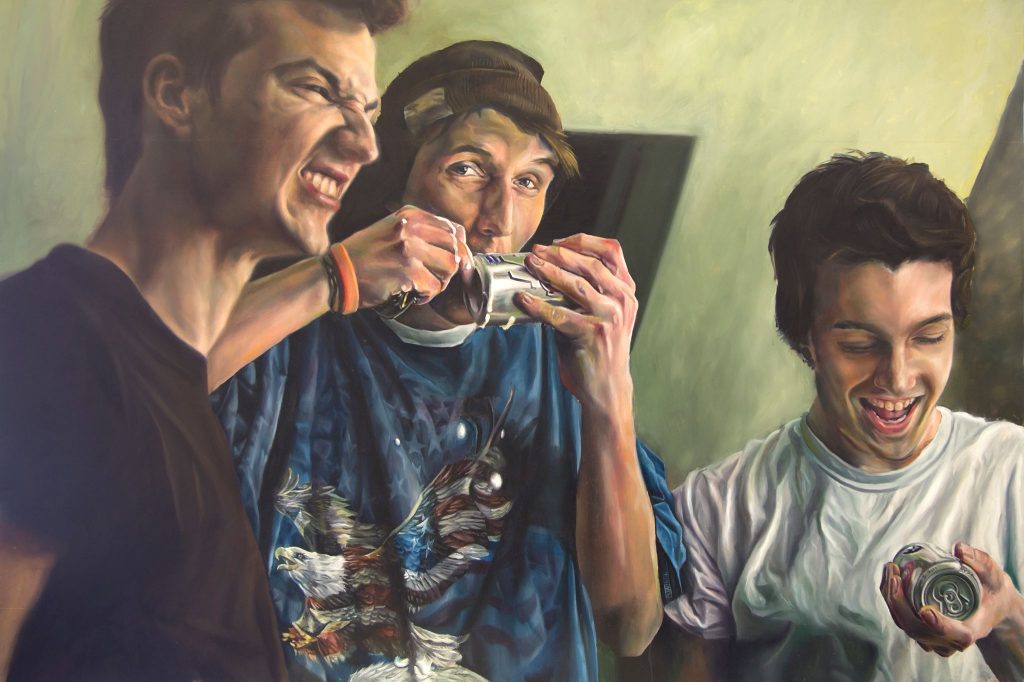 "At the time these paintings were created, I was really into the idea of how both painting and partying provided me with a type of escape. These paintings, being the oldest in this body of work, represent the starting point to where my work is at now and where I think it is heading." 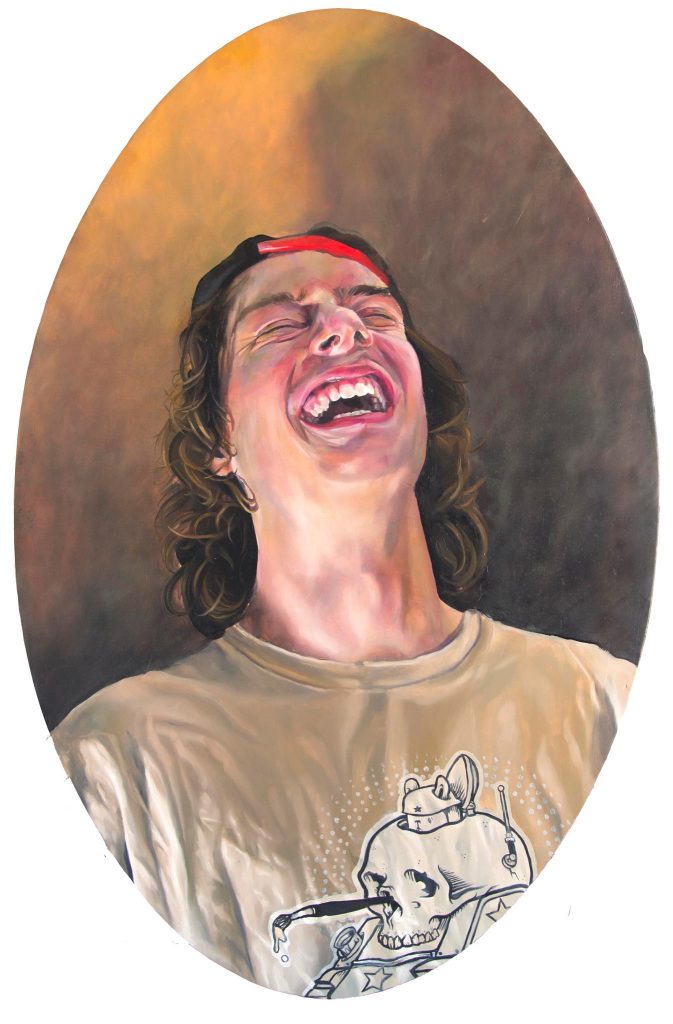 "The Last Huraa mimics Leonardo Da Vinci’s depiction of the Last Supper. His painting provided a jumping-off point for producing a composition that would be easily recognized based on its fame and novelty-like status in society. The decision to replace Jesus and his disciples with partying college students is obvious. There is no getting around the fact that The Last Huraa parodies Leonardo’s painting and the original Biblical story. However, specific decisions about varying the paint's application and adding additional content were made in attempt to hold the viewer's attention and ask, why? I hope that over the course of their time spent with the painting, their interpretation of the work transforms from a simple parody to an open-ended narrative that confronts the viewer's own life." 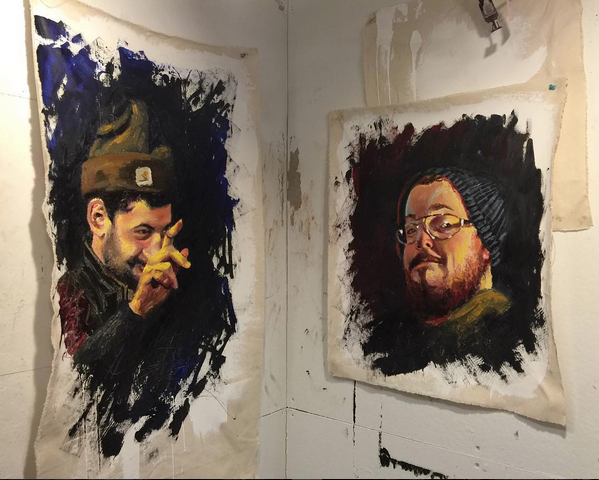 "Spending time doing studies and full-scale drawings proved to be the most important part of creating the Last Huraa. It allowed me to hone in on a composition and color palette while also helping me loosen up with oil paint, which influenced how I painted the actual piece. I also spent a great deal of time researching and studying paintings by Caravaggio, Rembrandt, Thomas Eakins, and Velazquez, which taught me about color and brush mark. These are some of the drawings, color studies, and source images that helped me along the way. Branching off and manipulating the original photo reference was a challenge, but enabled me to create a painting rather than a reproduction of a photo. Finding where technology such as photo references appropriately fits into my process is now a major challenge that I am experimenting with." 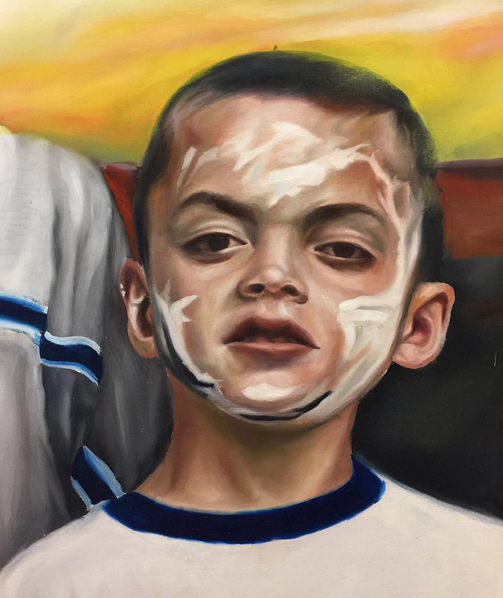 "There is something really odd about this painting. It is like a group of weird kids walked into a mall without their parents and got their photo taken in front of a backdrop. It has been in the works since last year and I’m not really sure what I want to do with it still, but I enjoy its weirdness and that it has sort of a Lord of Flies type of vibe going on."