The campaign signs all around the city read: “Portland Buy Local”. As the city strives to remain independent, and hold-off an onslaught of national retailers, the works by Bismuth/Arcangel and Eide Einarsson utilize a cynical humor that will truly resonate within a community that places tremendous value on authentic social life. 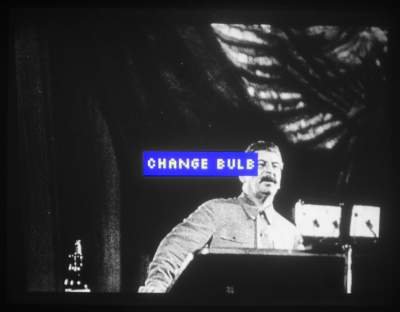 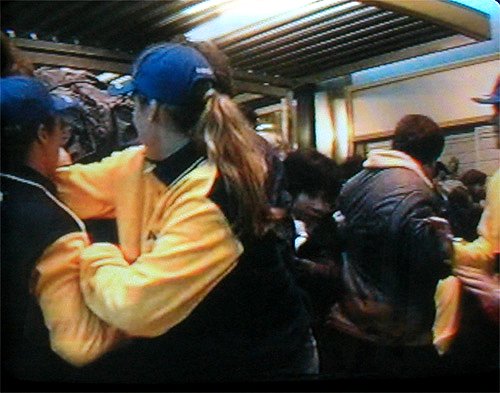 Gardar Eide Einarsson
“South of Heaven” documents a riot at the opening of a new IKEA warehouse outside Oslo, Norway in 1998. Using footage from the state Norwegian TV channel’s (NRK) daily news broadcast the video shows the traditional social democratic idea of “the people” as a rational, homogenous group, with shared values and team spirit, breaking down in favor of a less predictable and much more chaotic (and indeed perhaps more promising and radically democratic) mash of conflicting and oppositional desires and strategies. All of this happens in the shadow of the parallel national and corporate strategies of Norway and IKEA, complete with uniformed representatives of these respective hegemonies attempting to (re) impose order.
Courtesy of STANDARD (Oslo)