Bryan Graf: Moving Across the Interior 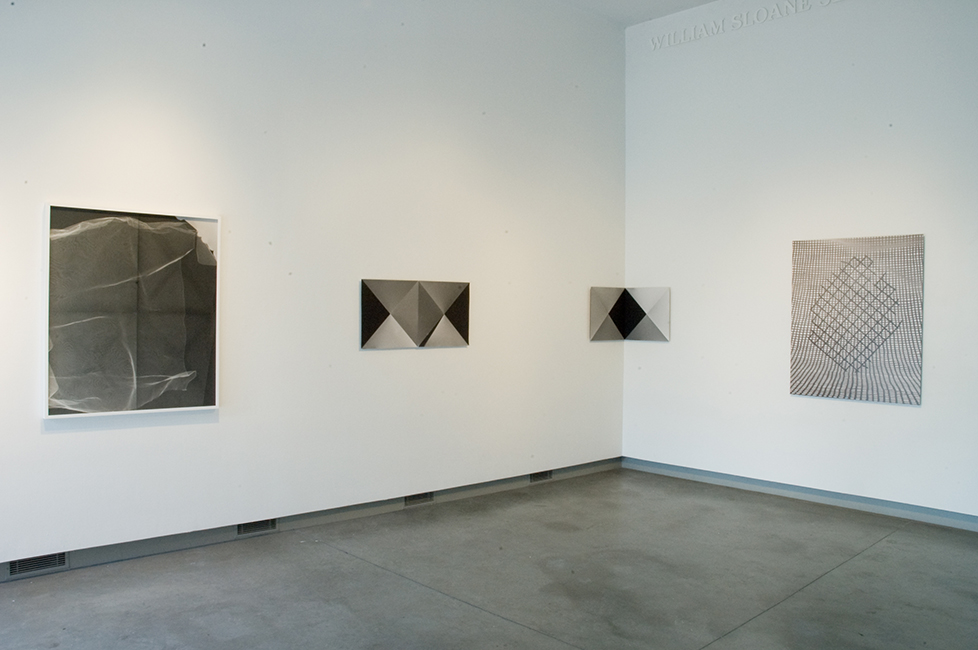 On a cold day in January 1920, Yves Biron made a decision he had been agonizing over for months. He would soon leave his wife, Louise, and their two beautiful baby boys in Baie-Comeau for the upcoming lumbering season in Aroostook County, Maine. The substantial hardship of being away from his beloved family was outweighed by the utmost desire to keep food on the family table. Logging camps throughout the Côte-Nord region had been closing as their timber stock was washed away by great floods from the St. Lawrence River; forcing proud men like Yves to become migratory, endlessly following the harvesting jobs as they came.

In the lumber camps of the Maine’s immense North Woods, while most of the remote region slept, bunkhouse tales were frequently passed about. These were most often unnervingly eerie tales of cataclysm. In a culture built around masculinity most dismissed any apprehensions as childish fictions, meant to keep the Québécois workers north of the border, however some superstitious men felt the menace to be all too real. Frequently heard around the campfire was an unbelievable myth of the demonic Razor-shins, a human-like beast who possessed the quickness of a cheetah and ferociousness of a snarling wolverine. According to legend, the creature’s razor sharp shinbones and a never quenched thirst for the regional firewater, Bangor whiskey. Legend had it that green-hands, or newcomers to a Maine camp, were responsible for paying tribute to the ungodly creatures by leaving a jug of the whiskey outside of their tents. Those that pacified the creature were rewarded with the fell of a tree by morning time. Those that did not pay faced rumbling nightmares when they laid their heads down at night of creeping death, as razor-shins are capable of taking a grown man’s scalp with the force of a single kick. Countless people were said to have vanished indefinitely, lost to the monster that is the woods. In the light of the campfire, even the hardiest men become superstitious.

Yves made an attempt to be courageous the day his wife stood at the dock as his boat began traversing the international border. When he arrived two days later at Saunders Mills, near Saint Froid Lake, the backwoods lumbermen warned him repeatedly of the potential for danger. They drank and fought, and when not drinking or fighting they tore down trees. Despite their toughness, Yves noticed early on that even the veteran lumbermen never went into the forest alone at night. The north woods took a lot of men. There was a palpable unease to the camp and some nights the hardest drinkers would stand at the edge of the pines ringing the camp, bellowing into the night the names of lost friends.

As the low man on the totem pole, Yves was required to take money from his wages and pay a local moonshiner who had a still down a barely cleared stretch of unmarked road from the camp. This tax greatly hindered what Yves was able to send home. He was repeatedly assured that as soon as another newcomer arrived, he would be let off the hook. There was humbleness to the meager checks he was sending back home, but camp custom forbid disregarding this dreadful rite of passage. The consistent tribute was the only thing protecting the camp from violent madness.

Having not heard from Louise since he left her that day on the dock, he was getting worried. Normally not one to partake in vices; a lonely Yves was coaxed into joining a card game around the campfire. As they played well into the night, his bottle of whiskey (meant for the Razor-shins) was passed around a circle of men who never turn away a drink. Despite several warnings of the severe consequences of his actions, a forlorn Yves gradually went from small sips to ignorant gulps, until the there wasn’t a drop left in the jar. Now, completely inebriated, the severity of the situation began to rush to Yves’s head. He started shouting in French, kicking dirt at the other loggers and blaming them for his lack of a tribute to the creature in the woods. Most of the men scoffed at him, scoffing at his belief in a silly child’s lore. An old-timer warned him to compose himself; that even with a cautious stride there was still time to make the walk to the old moonshiner’s cabin. He insisted a volunteer to join him on the walk, but was met with only reluctant, unmoving stares.

Despite needing to double-time the walk he preceded slowly into the deepest bowels of the forest as the murky fog wrapped around him. The unforgiving road was full of jutting rocks and crater-sized holes; he staggered helplessly in and out of cold-spots that shook his bones. A shadow passed him by, quick but unmistakable. He suddenly had the sense that he was being tracked. His inebriated head was pounding, his vision blurry. Several times he called out into the silence in hopes that his fellow lumberjacks were lurking, playing a cruel game, but there was no response. With great relief he reached the moonshiners cottage and opened the broken door – only to find dark nothingness. There were no lights, no still, no man, and most importantly no whiskey. Blind with fear, his heart pounding through his shirt, he burst back through the door barreling towards the camp. As he darted through the woods, the mist stood still, something seemingly always at his sleeves. In vain he tried to negotiate; pleading with the darkness, offering unlimited whiskey in exchange for more time with his family. His bartering echoed off the trees. As he ran he struggled to imagine his wife’s radiating beauty. He tried as he could to picture his young children, but the immensity of the fear took over. He was blinded by it. Realizing the loss of his bearings, he stood still as time expired, hopelessly lost to the vast labyrinth of the Maine interior.